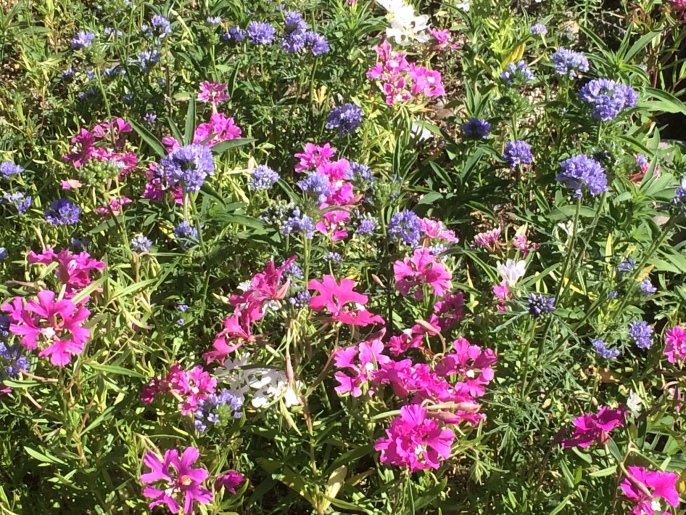 We have all heard about rising carbon dioxide gas (CO2) levels in the earth’s atmosphere, which is causing heating, resulting in world-wide climate change.  The atmosphere holds about 800 billion tons of carbon at present.  Another 560 billion tons of carbon is stored in living plant life.  However, the soils of the earth hold the most carbon, about 2,500 billion tons!  Forest and grassland soils contain the most carbon, and soils degraded by chemically-drenched agricultural practices hold the least.  Rainforest soils can contain as much as 10% carbon of total mass, while the poorest and exploited soils have been reduced to as little as 1% of mass.  The process of photosynthesis by plants pulls CO2 out of the air and stores it in living tissues, excess carbon is released through the roots into the soil where it is stored.  This process is known as carbon sequestration.  Plant roots use living soil fungi (mycorrhizae) in the process.  Degraded soils have reduced numbers of these fungi, slowing their ability to sequester carbon.

It is estimated that the world’s agricultural soils have lost 50-70% of their original carbon. Most of that carbon has become CO2 and was released into the earth’s atmosphere.   If that carbon could be returned to the earth’s soils, the carbon in the atmosphere could be reduced enough to mitigate global warming and limit heating to 1.5 degrees Celsius.  We could do this by changing to organic gardening and farming practices.

Gardening and farming practices that degrade soil are: fallowing, stubble burning, frequent tilling, overgrazing, monoculture cropping and excess application of synthetic fertilizers.  All of these reduce the soil’s carbon-holding capacity, soils dry and erode, and CO2 is released into the atmosphere.

Organic gardening practices build living, healthy soils able to sequester much higher levels of carbon.   Farming trials in several countries around the globe have shown a rapid increase in carbon in soils where organic gardening and farming methods were employed.  A key to this is increasing organic matter in the soil.

Methods known to restore soil’s ability to process and store carbon include: tilling as little as possible or not tilling, mulching, using cover crops, management of crop residues, crop rotation, and proper irrigation.

If you are preparing a new garden space, place a heavy mulch of rotted, damp straw and compost or manure (or bedding from livestock stalls) onto the space for your garden plot.  This will smother existing plants and is best done in fall to be left in place all winter.  In spring, till the garden space, turning the straw and manure under.  This should be the only time you will need to till the soil.  Plant your garden crops immediately, and any areas to be planted later can be seeded to a cover crop.  A thick cover crop will smother weeds and will pull carbon from the air while it builds your soil.

Rotate your garden or field crops in a four-year (or more) rotation.  (Each kind of plant is grown in a location in the garden or field once every four years.)  This will discourage pests and diseases.  Mulch your garden; this keeps soil animals alive and keeps soils moist and cool.  (Heated or dried soils lose carbon.)   As you weed, either compost the weeds or incorporate them into your soil.  The best time to add manures or compost is in spring or fall.

Do not overgraze or till grasslands, because that will reduce the carbon-holding capacity.

It is an interesting fact that some of our most popular vegetables are from the North and South American continents.  These include: beans, corn (maize), squash, sunflowers, amaranth, chili peppers, tomatoes, tomatillos, and quinoa.  All are plants originally found in the wild, brought into cultivation by Native American peoples.  This process, known as domestication, began nearly 8,000 years ago and still continues today.  Each growing season, people selected the most flavorful, productive, largest and best-adapted vegetables to eat and to save seed from.  Many tribal groups all over the Americas are still growing and saving seed each year.  Corn, or maize, as it is properly known, began as a wild grass in central Mexico.  The oldest cobs, from archaeological sites dating to 6,750 years ago were tiny—only about one inch long!  By 1492 six different classes (basic types) of maize had been developed; popcorn, flint, pod corn, flour, dent, and sweet corn, with cob sizes up to 15 inches.  The same activity of selecting the best of the best was undertaken for each of the vegetables listed above.

It can be seen from the list that without exception, all these plants are tropical or subtropical in origin.  People who lived in the north, or at higher elevations as we do, needed varieties that would mature earlier, in time for harvest and storage.   By gradually selecting for early maturity season after season, these crops could be grown in areas with shorter and cooler seasons.  The Mandan and Hidatsa in the Dakotas developed early varieties of beans, corn, squash and sunflowers.  In the American Southwest the Hopi, San Filipe Pueblo group, Taos Pueblo group and others at high elevations developed early strains as well.  Early-maturing types of quinoa, tomatoes, amaranth, maize and chilies were developed in the high mountains of Central America and the Andes Mountains.

In our local area, Western Montana, we are fortunate to be able to grow a number of heirloom vegetables from various tribes living in short season areas.  I grow over 30 different varieties of these vegetables here in Ronan.  Some are quite rare now and we need to preserve them.  An advantage is that growing them here season after season will result in locally-adapted strains.  All of these traditional Native American vegetables are open-pollinated, so seed can be saved from year to year.   Of course, these are not hybrids, nor are they GMO strains.  However, caution must be observed in seed-saving.  Maize is wind-pollinated, so each variety must be isolated from other maize varieties to remain pure and prevent pollination by GMO or other strains of maize.  You need to grow more than 200 plants of maize each year to avoid inbreeding depression, which results in infertility and non-viable or no seed.

In my garden I have had good luck maturing Hidatsa beans, San Filipe chilies, yellow and white Scallop summer squash, Crookneck winter squash, Navajo and Long Pie pumpkins, and Hopi Dye sunflowers.  Next year I am planning a much larger garden and will test more varieties.

Some of the virtues of heirloom Native American vegetables are that they are adapted to the American climate, store well, are open-pollinated, easy to grow organically and resistant to pests and diseases.  Another important factor to remember is that vegetables are very healthy for the body and much superior to the packaged, additive-laden food so popular today.  A diet rich in vegetables can also reduce the instance of diabetes and other diseases.

We have some pictures below of some Native American vegetables adapted to shorter growing seasons.  The maize is Hopi Blue flour, the squash is an heirloom from the Ute tribe, the beans are Zuni Gold and the sunflower is the rare Hopi Dye sunflower. 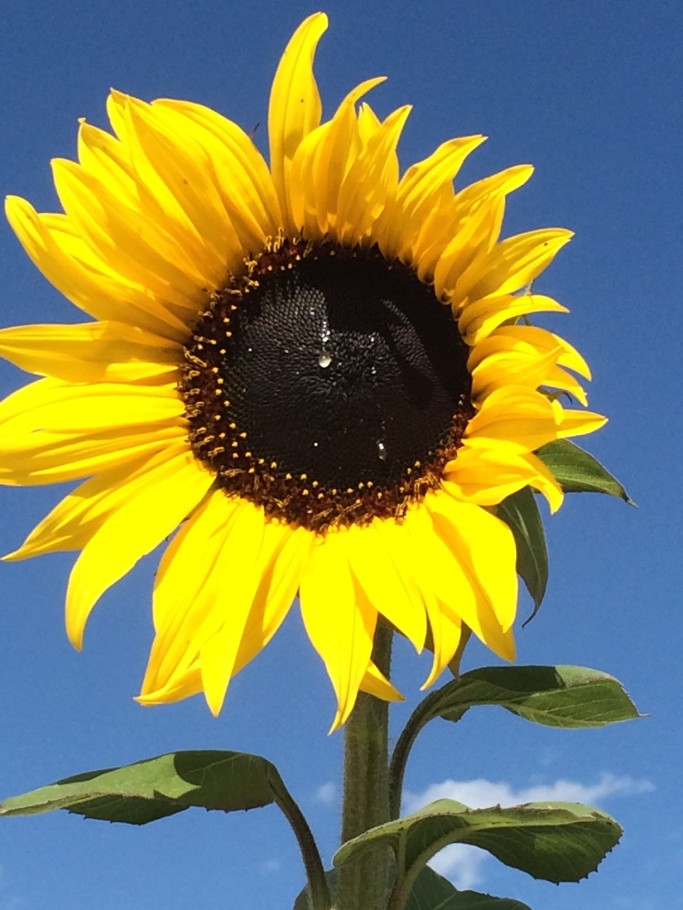